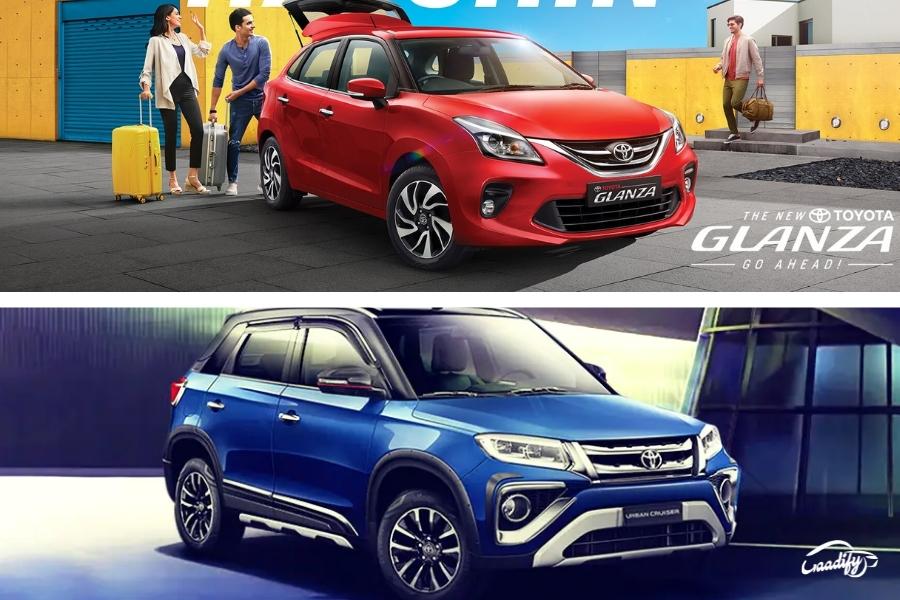 Toyota Kirloskar Motors has hiked the prices of Glanza and Urban Cruiser by up to Rs 45,000, depending on the model & variant. Earlier, the brand had revised the asking rates of Innova Crysta and Fortuner utility vehicles.

Here’s a look at the updated price lists of both these rebadged Suzuki cars: –

All the variants of the Baleno-based Toyota Glanza have received a uniform price hike of Rs 21,000 except for the G Hybrid trim, which has become costlier by Rs 45,000.

Apart from the price hike, no other changes have been made to any of these models. However, once their Maruti Suzuki counterparts arrive with new updates in the Indian market, they will also come with new designs & features. For reference, the Maruti Suzuki Baleno facelift and new-generation Vitara Brezza are slated to be launched by February end and mid-2022, respectively.