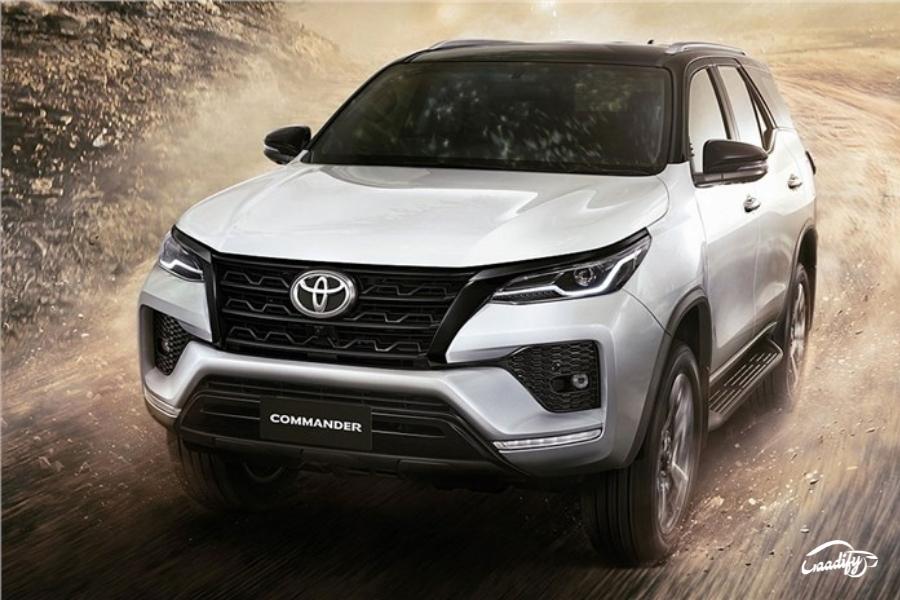 Toyota Fortuner Commander Revealed; Will It Launch In India?

Japanese automaker Toyota has revealed a new Commander special edition of the Fortuner SUV in the land of smiles, i.e, Thailand. Limited to 1,000 units, the new Toyota Fortuner Commander gets several cosmetic tweaks along with a retuned suspension.

Exterior: – Unlike the standard Fortuner which gets chrome touches, the new Commander Edition features blacked-out treatment on the front grille, window lines, and tailgate. It also borrows dual-tone alloy wheels from the sportier Legender variant.

Interior and Features: – Inside, it boasts a dual-tone dark red & black leather upholstery. Furthermore, it gets some additional features over the standard model such as a 360-degree camera, blind-spot monitor system, and a rear cross-traffic alert.

Will Toyota launch it in India?

As of now, Toyota hasn’t made any announcement regarding its India launch. The brand is currently gearing up for the launch of upgraded Glanza and Urban Cruiser, which are likely to go on sale in the coming months.