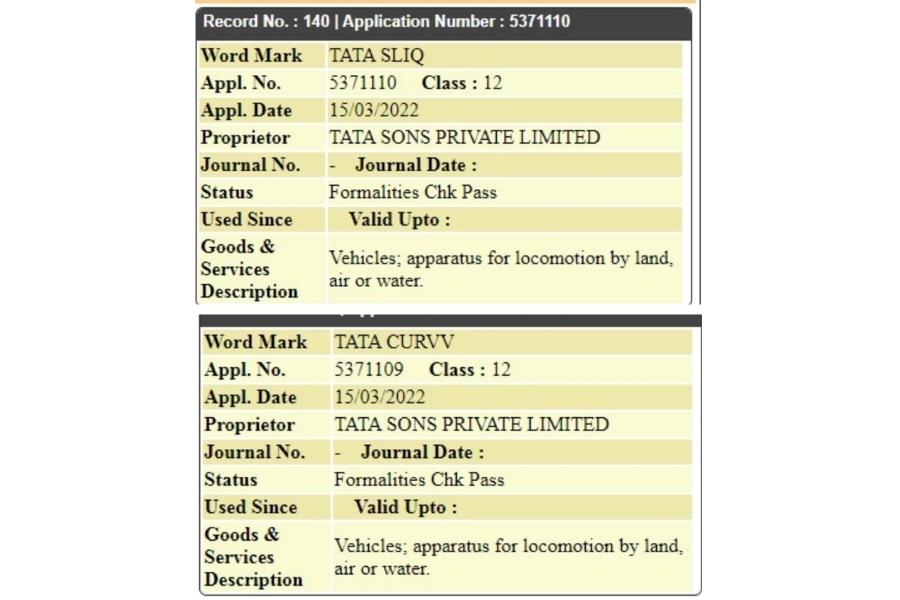 Tata Motors is the current market leader in the rapidly emerging electric vehicle space. At present, the brand has two electric cars in its portfolio: Tigor EV and Nexon EV, both are based on their ICE counterpart. But soon, the homegrown carmaker will offer dedicated BEVs in the Indian market, and one of them will make its global debut on April 6, albeit in a concept avatar. While details about the upcoming concept EV are scarce at the moment, some recently leaked trademarked applications suggest that it could be named either Tata Sliq or Tata Curvv.

While it is not official, the upcoming Tata EV could be a sporty-looking SUV coupe that will feature some quirky design elements such as width spanning LED daytime running lamps, a sporty front bumper with sharply-cut air dams, triangular-shaped LED headlamps (placed on the bumper), aerodynamically designed machine cut alloy wheels and slanted roofline.

The upcoming Tata EV concept is expected to feature ultra-fast charging capabilities and a larger battery pack than the existing Tata EVs for a range of over 400 kilometers. It is also likely to be equipped with different levels of regenerative braking and an advanced driving assistant system that should include adaptive cruise control, emergency braking, lane-keep assist, blind-spot monitoring, and much more.