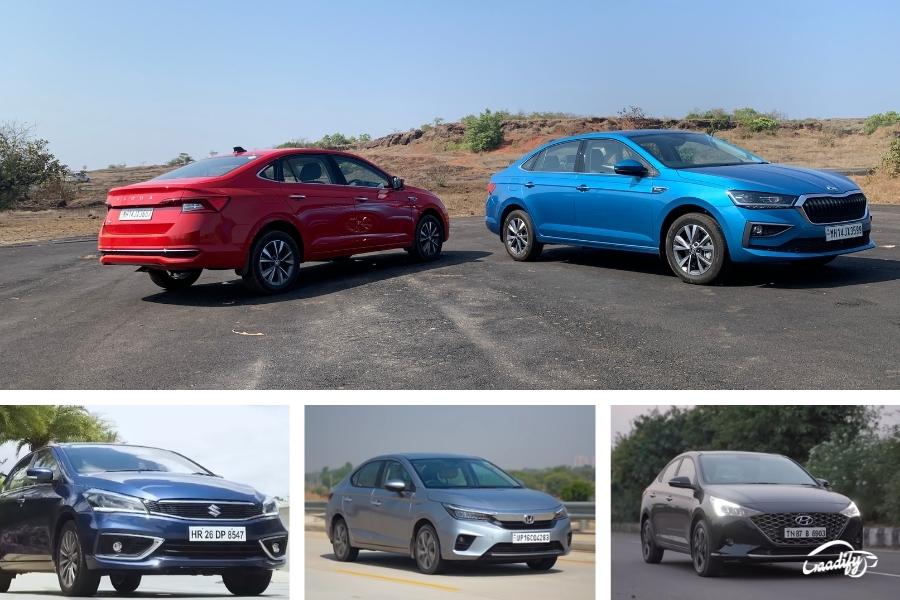 Skoda has recently launched the Slavia mid-size sedan in India, with prices ranging from Rs 10.69 lakh to Rs 17.79 lakh (ex-showroom). It replaces the ageing Skoda Rapid to rival the established players of the segment such as the Hyundai Verna, Honda City, and Maruti Suzuki Ciaz. So, does this new Czech sedan have the qualities to pose a threat to its challengers? Let’s find out.

Since the Skoda Slavia is a petrol-only offering, we have only compared the petrol powertrains of all the cars here.