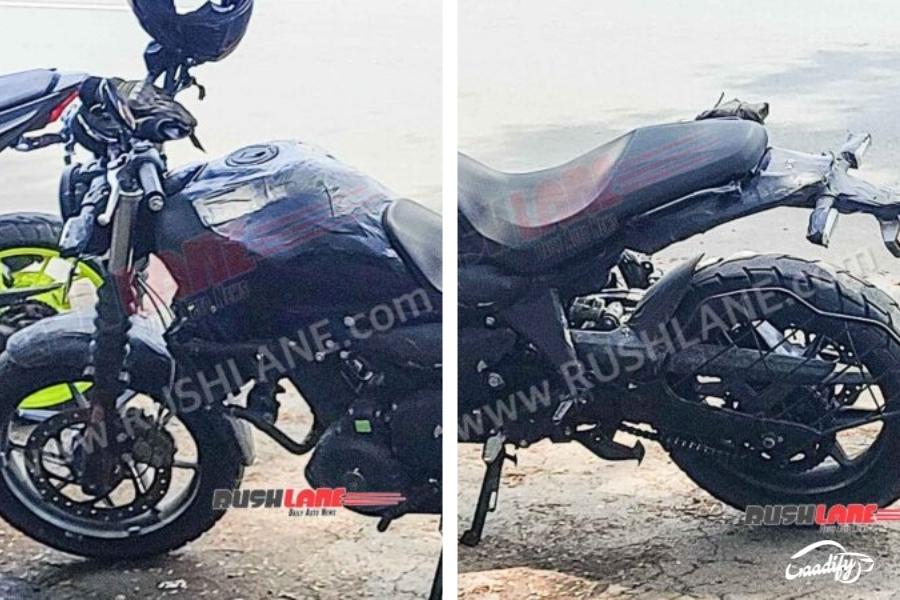 It uses conventional telescopic forks at the front (new Himalayan gets USD), a mono-shock at the rear, and disc brakes at both ends. Keen eyes could also notice its switchgear, shared with Classic 350 and Meteor 350.

Powering the new RE scrambler is expected to be the same 450cc, liquid-cooled, single-cylinder engine as the upcoming Himalayan 450, which is likely to produce around 40PS of max power and 40Nm of peak torque.