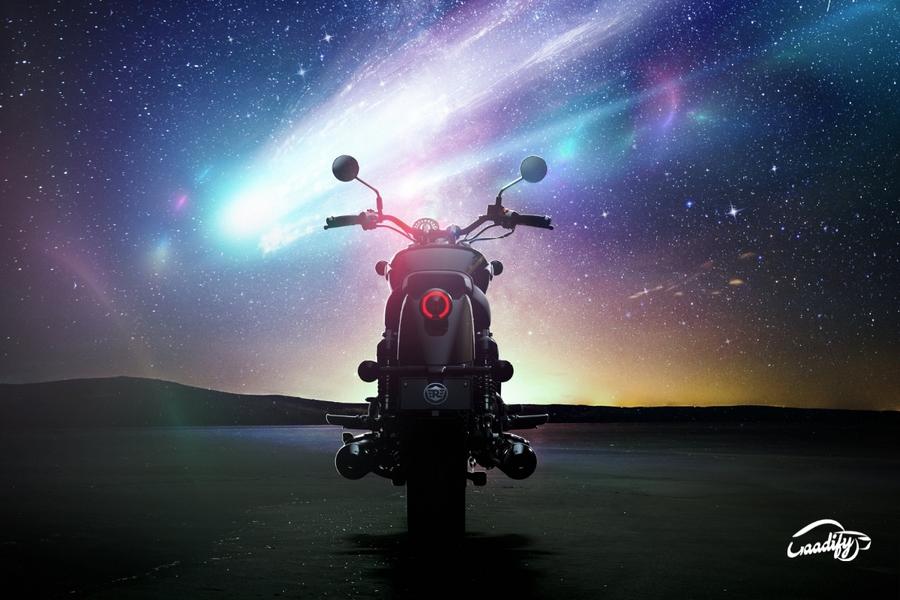 Royal Enfield has released another teaser of its upcoming 650cc cruiser motorcycle that is likely to be called Super Meteor or Constellation. With the caption – “Astral. Celestial. Interstellar”, the teaser shows the chrome-plated Royal Enfield emblem on a teardrop-shaped fuel tank, suggesting that these could be the names of its three variants.

For those who aren’t aware, this will be the first 650cc cruiser from the Royal Enfield that is likely to be powered by the same 649cc parallel-twin engine used in the Interceptor 650 and Continental GT 650. Mated to a 6-speed transmission accompanied by a slipper clutch, this engine makes 47PS and 52Nm.

Design-wise, the upcoming Royal Enfield 650cc motorcycle will boast an American cruiser-like macho styling, with notable elements including a low-slung seat, wide handlebars, forward-set rider’s footpegs and dual exhaust pipes. It will also receive a wide & curved rear fender, with a circular-shaped LED taillight. And as revealed by the earlier spy images, the upcoming 650cc cruiser will also get a semi-digital instrument cluster with a Bluetooth-based tripper navigation system.

Royal Enfiled could also offer the motorcycle in a solo seat, bobber-styled variant.

Royal Enfield will globally unveil the bike tomorrow at EICMA 2022 ahead of its possible launch at Rider Mania 2022. Expect it to be priced from around Rs 3.20 lakh (ex-showroom), positioning it as a more affordable alternative to the Kawasaki Vulcan S.