Renault Kiger spied during testing, know what will it offer.

The Spy shots of French automakers upcoming sub-compact SUV Kiger have been doing rounds on the social media platforms. Kiger is inspired by Renault HBC concept. The car is likely to be launched sometime in the festive season (around October), and can be expected to share a lot of things with Renault Triber. 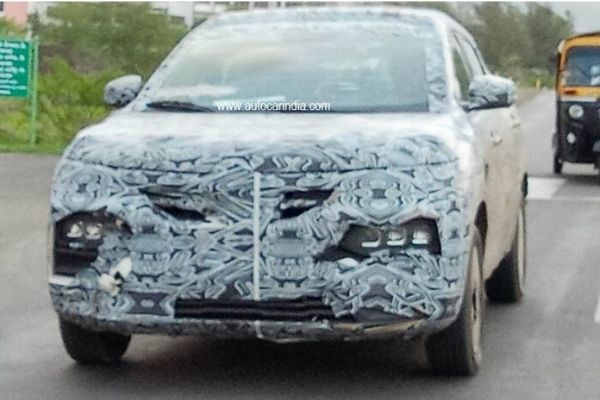 Renault Kiger: What do the leaks show?

As revealed by the spy shots, the Kiger's front is all set to share a lot of design features with many popular offerings from the automaker. The Split headlight setup that sits on the bumper and the DRLs which have displaced the headlights from conventional position and now sits up, has been seen in the Kwid as well. 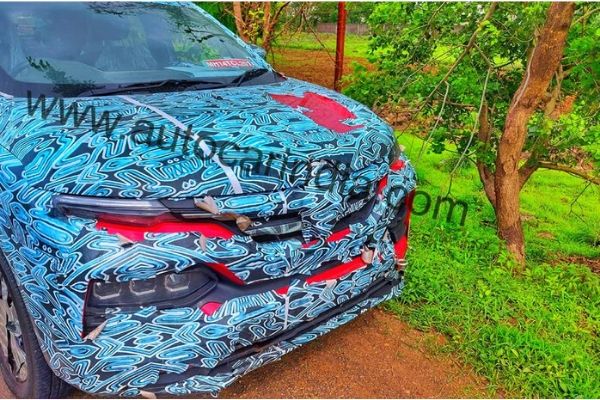 The V-shaped grille at the front will get a decent amount of chrome garnish and design elements like faux plates, slopping roof, plastic cladding and alloy wheels will definitely make their way. However the exact details are yet to be revealed. 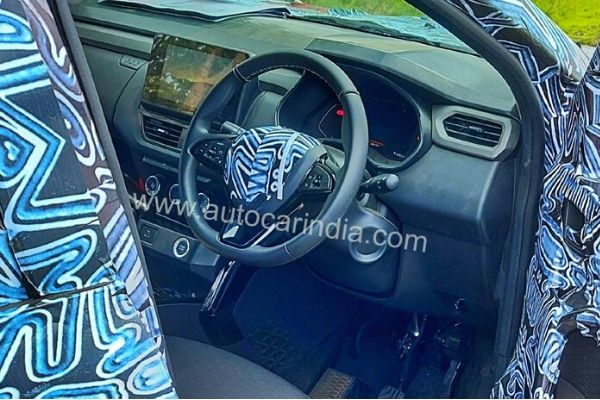 The Kiger's dashboard has a similar layout as the triber. However, it features some distinct elements like floating touchscreen infotainment (8-inch unit probably), repositioned central AC vents, steering mounted controls etc. Also, It houses a dark cabin theme, with piano black highlights on centre consol & steering wheel, whereas the triber gets a dual tone black-beige setup with silver accents on different pannels.

Talking about the similarities between the two, like the Triber, Kiger gets a dual glove box setup, also it gets the identically placed start-stop button. It is to noted that like the triber MPV, the Kiger will also be based on Renault's CMF-A+ platform, which means we can expect the largest cabin space in the segment.

As we told earlier, the Kiger through shares steering with the Triber, the spied shots suggest that it will get steering mounted controls. Also the digital instrument cluster found on the Triber will be seen in Kriger too. However, it will get a different design to give kiger a personality of its own. 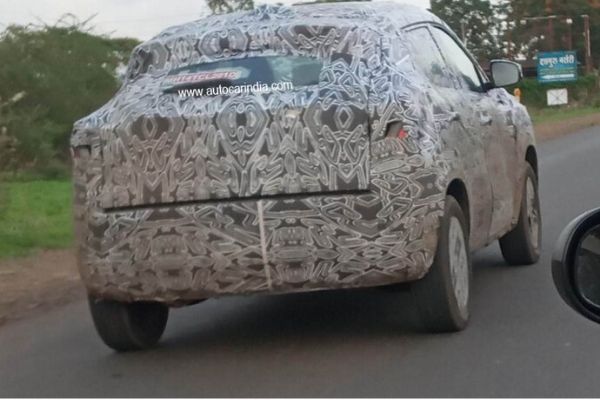 Under the hood, Renault Kiger is anticipated to offer Triber's 1.0-liter NA Petrol (76PS/96Nm) & 1.0-liter Turbo Petrol engine (100PS/160Nm), which the frenchmaker has showcased in 2020 auto expo. As far as the leaked image is concerned, they clearly show that the clutch pedal is absent, also the dead pedal is clearly visible, these facts certainly point that the spied Kiger is automatic.

As announced already, the turbo petrol engine will be coupled to a CVT which can be limited to higher variants only. While, the lower trims might come with an AMT gearbox paired to the 1.0 L Naturally Aspirated engine.

The Kiger will not get a diesel engine option.

There is no official update regarding the price, thus we don't mean to strike a strong claim but like the Triber, Kiger could be priced aggressively to ensure a deeper penetration into the sub-compact SUV space. The SUV can be priced between Rs 6 Lakhs to Rs 9 Lakhs. In indian market, it will take on Maruti Vitara Brezza, Tata Nexon, Mahindra XUV300, Hyundai Venue, Ford Ecosport & Toyota's upcoming Urabn Cruiser.

There is no denying the fact that India's obsession of owning a SUV has met well with the market trends in the past few years. With almost all the prominent manufacturers now offering compact SUV, Indian buyers have a number of good options to choose from.

Sub-compact SUVs do provide the buyers with the road presence of a big car while not being too harsh on the wallet, which is perhaps the primary reason why the compact SUV segment has witnessed multi-fold growth in its popularity.

With the launch of a promising SUV like Kiger from the house of a decently performing car manufacturer, the competition will surely get a lot more stiffer. Also not to forget the fact that Kia, Nissan and Toyota will also establish their presence in the segment with the launch of their upcoming compact SUVs Sonet, Magnite and Urban Cruiser (Rebadged Vitara Brezza) respectively.