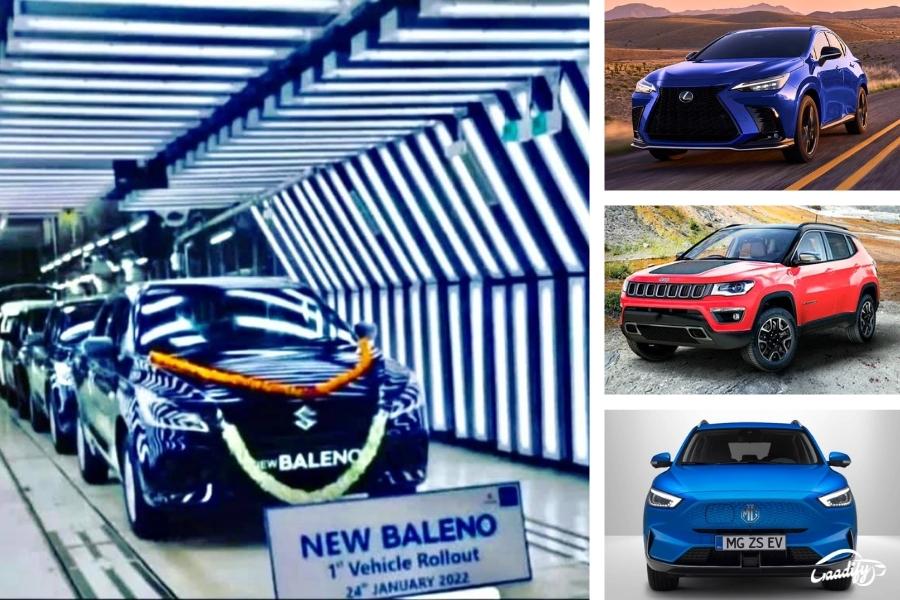 New Cars and SUVs To Watch Out In February 2022

The Indian automobile industry welcomed the new year with a slew of new launches ranging from cost-effective CNG-powered hatchbacks to premium SUVs and sedans. The upcoming month is also going to be full of action as many new cars and SUVs are ready to take off. Here we have listed out the top 6 cars that are likely to arrive in February 2022: –

The Audi Q7 is set to make a comeback in the Indian market on 3rd February 2022. Bookings for the flagship SUV are already underway for a token amount of Rs 5 lakh. It will be offered in two variants: Premium Plus and Technology.

Powering the facelifted SUV will be a new 3.0-liter turbocharged petrol engine that churns out 340PS of max power and 500Nm of peak torque. The engine force will be transmitted to all four wheels via an 8-speed automatic transmission. Click here for more details.

Globally unveiled in October last year, the facelifted MG ZS EV is likely to hit our shores next month. It will get revised styling, a bigger battery pack with enhanced range, and plenty of new features. While its current battery pack is rated at 44.5kWh, a new 51kWh battery would deliver a better driving range compared to the existing claimed range of 419 kilometers.

Speaking of the design, it will get redesigned closed grille, a new lighting system, updated bumpers, and new alloy wheels. Inside, we reckon new upholstery, along with a digital driver’s display, a new 10.1-inch touchscreen infotainment system with wireless Apple Carplay and Android Auto connectivity support, an updated climate control panel, 360-degree camera, and much more.

One of the most anticipated launches of February 2022 is the new Baleno Facelift, which will receive significant design changes both inside and outside. However, it is likely to remain mechanically unchanged. Production of the facelifted Maruti Baleno has also begun.

Kia India will announce the prices of its upcoming Carens 6/7-seater utility vehicle, probably in the first week of February. Bookings for the MPV are already underway since January 14. It will be Kia’s fourth offering in our country. Its specifications, color options, and variant-wise features details have already been revealed. Once launched, it will go up against the Hyundai Alcazar, Tata Safari, MG Hector Plus, Mahindra XUV700, and select variants of Toyota Innova Crysta.

Jeep India is likely to kick start its 2022 innings with the off-road specific Trailhawk variant of the Compass facelift. Compared to the standard model, the Jeep Compass Trailhawk will come with a 4WD setup, multiple terrain modes, and tweaked front & rear bumpers for better approach and departure angle. However, it will only get the 170PS 2.0-liter diesel engine, likely with a 9-speed automatic transmission. Besides, there will be some visual changes to give it a slight difference appearance.

Lexus opened bookings for the second-generation NX350h a few days ago. The upgraded luxury SUV gets a sharper design with a trademark spindle grille up front flanked by sleeker LED headlamps with new integrated LED DRLs. The rear gets new connected LED taillights and LEXUS lettering at the center. It will also be available with the F-Sport package

The new NX will be powered by the same 2.5-liter petrol engine, paired with a set of electric motors that develop a combined output of 245PS.