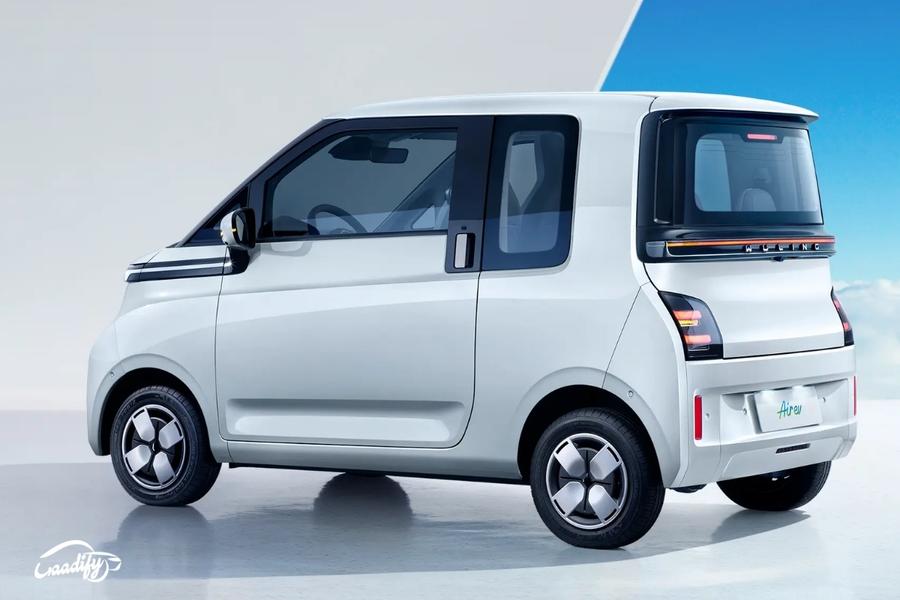 MG’s New Compact EV To Be Revealed On January 5; Could Be Air EV

MG India has announced to launch a new vehicle on January 5, 2023. While the brand hasn’t revealed the model’s name, it could be the Wuling Air-based new compact EV. The carmaker could also introduce the new-gen Hector on the same day.

For those who aren’t aware, both MG and Wuling Motor are SIAC-owned automotive brands, which allows sharing of models and technology.

The Air EV will be MG’s second electric offering in the Indian market that is likely to be available in its long-wheelbase (LWB) guise. Globally, the car also comes in a short-wheelbase version that is ideal for two passengers. The LWB version, on the other hand, is also a two-door model but can accommodate four occupants comfortably.

From a design standpoint, the MG/Wuling Air EV has a boxy profile with big doors covering most of its length. The front of the car is dominated by a wide light bar, which is connected to the side mirrors by a chrome strip. The tiny EV features a red light bar at the rear.

Inside, it features a dual-screen setup, one each for the instrument cluster and for the infotainment system. Besides, it also gets an electronic parking brake, steering-mounted controls and connected car tech.

Globally, the Wuling Air comes in two battery pack options: 17.3kWh and 26.7kWh. The former offers a claimed range of roughly 200 km, whereas the latter provides a range of 300 kilometres on a single charge. Irrespective of the battery pack, the EV gets a single electric motor churning out a maximum power output of 41PS.

Expect MG’s version of Wuling Air to be priced below Rs 10 lakh in the Indian market. Once launched, it will go up against the likes of the Tata Tiago EV and the upcoming Citroen C3 EV.