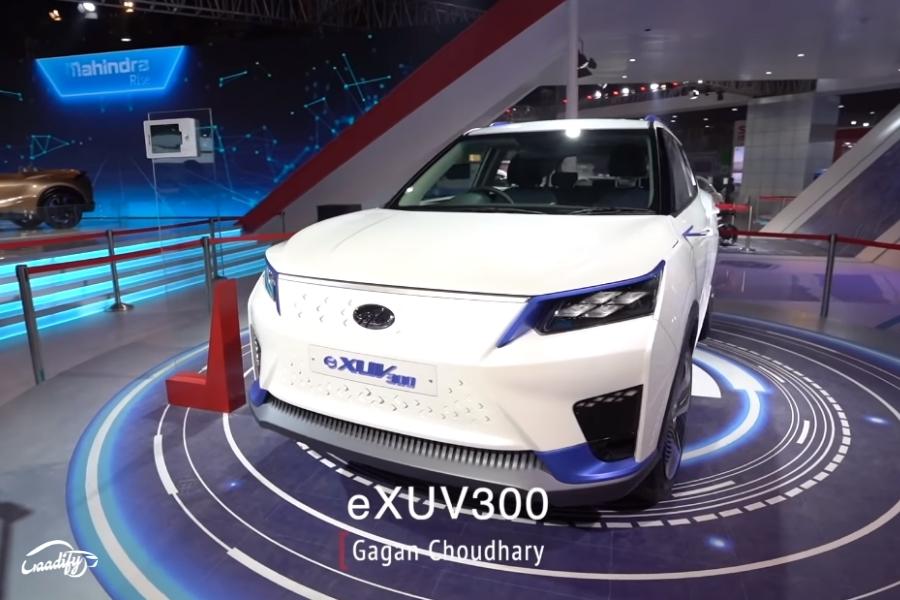 Mr. Vijay Nakra, CEO of Mahindra’s Automotive division, has revealed that the electric version of the XUV300 will be launched in the third or fourth quarter of FY23, i.e. by April 2023.

For those who aren’t aware, the Mahindra XUV300 Electric was showcased at the 2020 Auto Expo in a concept avatar. Currently, the SUV is in its testing phase and was recently spied in Chennai. Compared to its ICE counterpart, it is likely to get an EV-specific closed-off grille, a new lighting system, redesigned bumpers, and alloy wheels, along with plenty of blue highlights. However, the overall silhouette of the car will remain unchanged.

Inside, the XUV 300 electric could get a slightly tweaked dashboard design with a larger infotainment system and a digital driver’s display.

While Mahindra is yet to reveal its technical specifications, it is likely to come with two battery options (expected to be developed by LG Chem) to cater to a wider section of the audience. In fact, Tata Motors is also likely to adopt a similar approach with the 2022 facelifted Nexon EV.

In the other developments, Mahindra has recently teased its upcoming three new electric SUVs dubbed as “born EVs”, which are due to make their global debut in July this year.