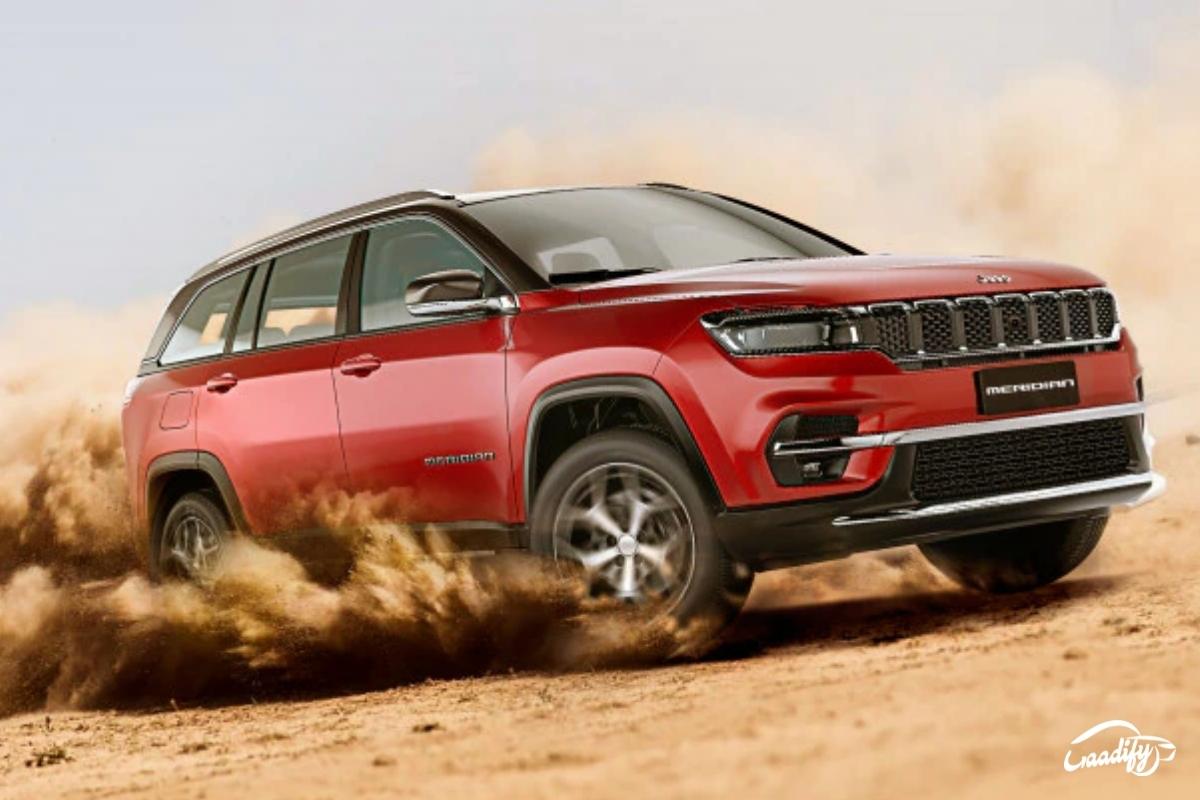 Unofficial bookings for the upcoming Jeep Meridian SUV have been commenced at select dealerships across the country. The SUV is scheduled to be unveiled on March 29, while the launch is expected in May 2022.

For those who aren’t aware, the Jeep Meridian is already on sale in Brazil as Commander. It is essentially a three-row full-size SUV that shares its underpinnings with the Jeep Compass. Design-wise, the Meridian gets Jeep’s traditional seven-slat grille, sleek headlamps, and muscular front bumper with a connecting chrome bar. While its rear profile is yet to be revealed, its rugged, boxy, and upright silhouette adds to the butchness of the SUV.

Also Read: Jeep Compass Prices To Go Up From April 1

Inside, the Meridian features the same dashboard layout as the existing Jeep Compass, albeit wrapped in a differentiating black-brown scheme. The brand is likely to offer it in both 6-and 7-seat configurations.

While the carmaker kept numb on the matter of specs, it is expected to get Compass’ 1.4-liter turbocharged petrol and 2.0-liter diesel engines, albeit in a different state of tune. The transmission options could include a 6-speed manual or a 9-speed automatic, with an optional all-wheel-drivetrain (AWD).

Since the Jeep Meridian will be over 80 percent localized, we expect its prices to start from around Rs 35 lakh, pitting it against the Toyota Fortuner, MG Gloster, Mahindra Alturas G4, Skoda Kodiaq, and Isuzu mu-X.