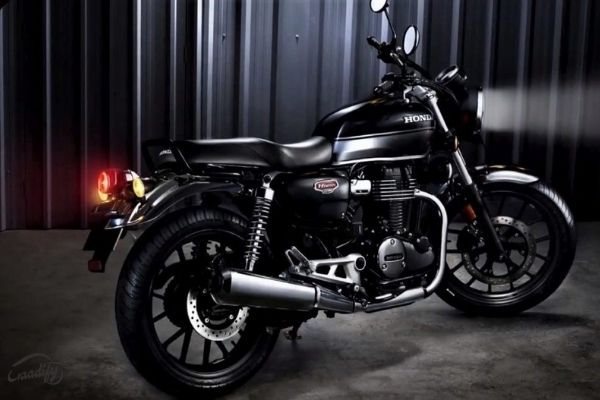 A few days ago Honda hinted about introducing a new cruiser bike in the Indian market with the breathtaking exhaust note. And now the Japnese manufacturer has finally launched the H’Ness (Highness) CB350 retro motorcycle, dropping the suspense over it. 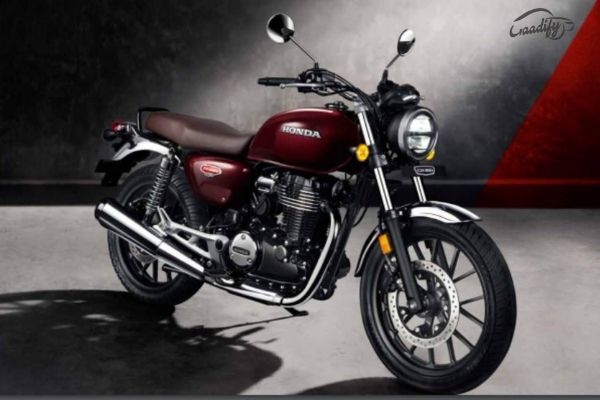 The H'ness CB350 is available in two variants – DLX and DLX Pro. Here are the prices:

The Honda H'ness CB350 is carrying forward the legacy of the CB roadster series from the good old days and it can be seen in its silhouette. It features a round LED headlamp, not so stocky fuel tank, single-piece seat and chrome finished fenders, rear shock absorbers, & tailpipe. All these elements will eventually remind you of the nostalgic classic era of motorcycles.

With an old-school styling, Honda has brilliantly added an unmatched sense of modernity to the Highness 350. It gets modernized touches with some segment-first features like an all-LED lighting system, Honda Smartphone Voice Control System (HSVCS) to connect your smartphone to the motorcycle through Bluetooth, and access features such as navigation, music, phone calls, and incoming messages, Honda Selectable Torque Control (HSTC) to mitigate the rear wheel slip, side-stand engine cut-off function and hazard lamp for added safety, engine kill switch, and an assist & slipper clutch. 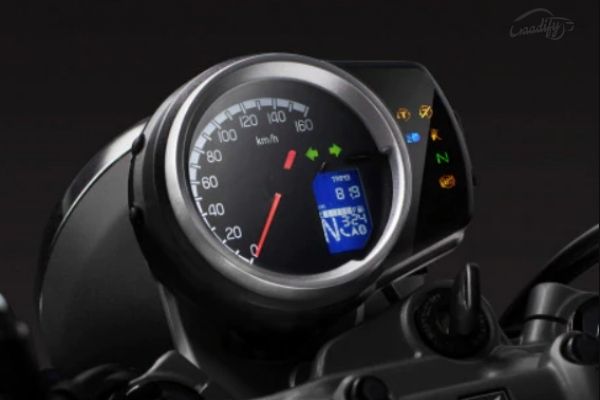 It is important to know that the HSVC system is only limited to the DLX Pro variant along with dual-horn. 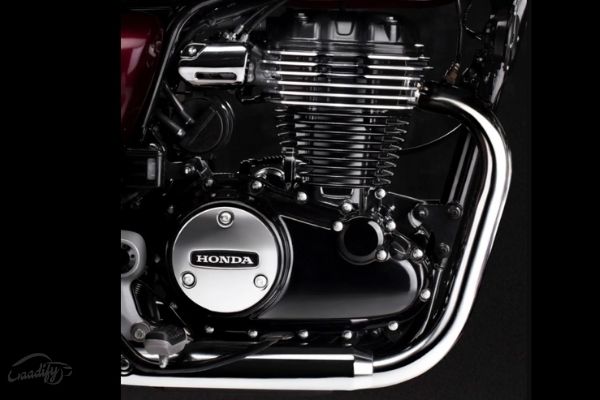 The all-new Honda H'Ness employs a duplex cradle frame in which the engine is mounted at a low position to lower the center of gravity to enhance the riding and handling ability of the motorcycle.

The H'Ness CB350 gets chunky telescopic forks at the front and twin hydraulic shock absorbers at the rear. On the braking quotient, the bike features a single 310mm disc at the front and a single 240mm disc brake at the rear as standard with a dual-channel Antilock Braking System (ABS).

The new Honda CB 350 is offered in a total of 6 color options out of which three single-tone schemes (Precious Red Metallic, Pearl Night Star Black, and Matte Marshal Green Metalic) are limited to the DLX variant only. On the other hand, three dual-tone color options are only available with the DLX Pro variant: Pearl Night Star Black with Spear Silver Metallic, Athletic Blue Metallic with Virtuous White, and Matte Steel Black Metallic with Matte Massive Grey Metallic. 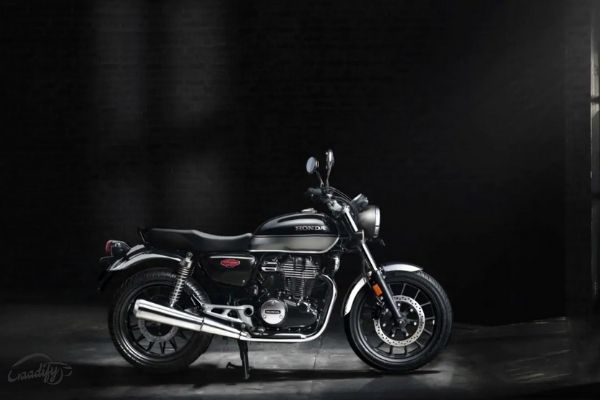 The Indian retro cruiser motorcycle segment is dominated by the Royal Enfield Bullet and Classic 350. But now the Honda has given a new option to the Indian customers.

Honda has always been known for its reliability and refined engines and these two Royal Enfield motorcycles do not stand on these aspects. Hence, Honda can get the benefit of its clean image. However, the Honda roadster is costlier than both these Royal Enfield bikes.