It's a huge milestone for the Hero MotoCorp as the brand has surpassed the 100 million (10 crores) unit two-wheelers production mark in just 37 years. What makes it more exceptional is that the last 50 million units were manufactured in just 8 years. This milestone is one of the fastest achievements of the 100 million total production record in the world. The Xtreme 160R was the 100 millionth unit, rolled out from the company’s Haridwar (Uttarakhand) manufacturing facility. 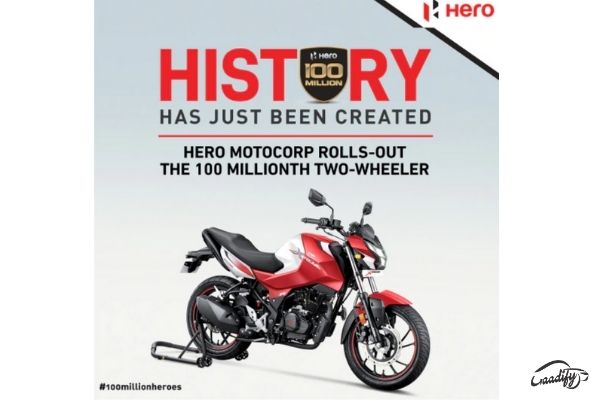 To celebrate this achievement, Hero has unveiled 6 special celebration editions of the Hero Splendor Plus, Passion Pro, Glamour 125, Destini 125, and the Maestro Edge 110 during a live event from its Gurugram facility. Superstar Shah Rukh Khan also joined and adorned the online event. 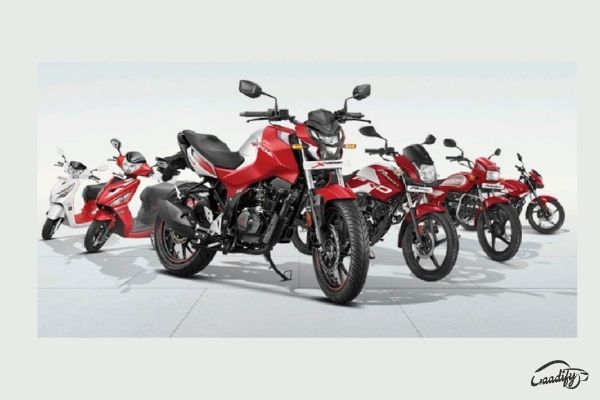 This significant landmark is also an affirmation of the inherent capabilities in India and Hero’s Brand appeal. We have been making in India, for the world – and this milestone is an acknowledgment of the customers’ preference for Hero across geographies, demographics and generations.

Dr. Pawan Munjal further announced that the brand will launch 10 products every year for the next five years. These 10 products will include new variants, models, and upgrades. We will also see some premium offerings from the Hero banner in near future. Hero MotorCorp will also launch an electric version of its most popular Mastero scooter pretty soon.