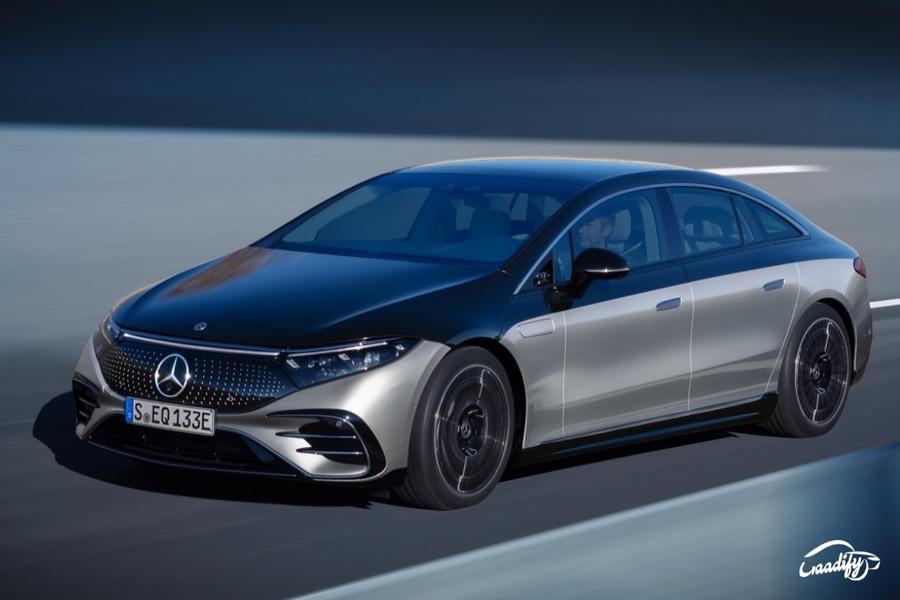 Mercedes-Benz has commenced bookings for its upcoming EQS 580 electric sedan in India at an initial deposit amount of Rs 25 lakh. It is slated to be launched on September 30, 2022. The union transport minister Nitin Gadkari will be rolling out the first unit of the EV. In the brand’s Indian portfolio, it will be positioned below the AMG EQS 53 4MATIC+, which was launched last month at Rs 2.45 crore (ex-showroom).

For those who aren’t aware, the Mercedes-Benz EQS 580 will be locally assembled in India at its Chakan-based facility in Pune. Based on the EVA platform, the Mercedes Benz EQS 580 is a highly aerodynamic sedan with a drag coefficient value of just 0.20 Cd. It equips a 107.8kWh battery pack, offering a WLTP-claimed range of 676 km on a single charge. Powering the electric sedan will be an all-wheel drivetrain (AWD) dual-motor setup, with a tremendous output of 523PS and 855Nm.

The Mercedes EQS 580 is claimed to complete the century sprint in just 4.3 seconds. The sedan also supports DC fast charging of up to 200kW which can juice it up in half an hour. However, an 11kW wall box charger will take around 10 hours for the same.

Expect Mercedes to price the EQS 580 from around Rs 1.8 lakh (ex-showroom).