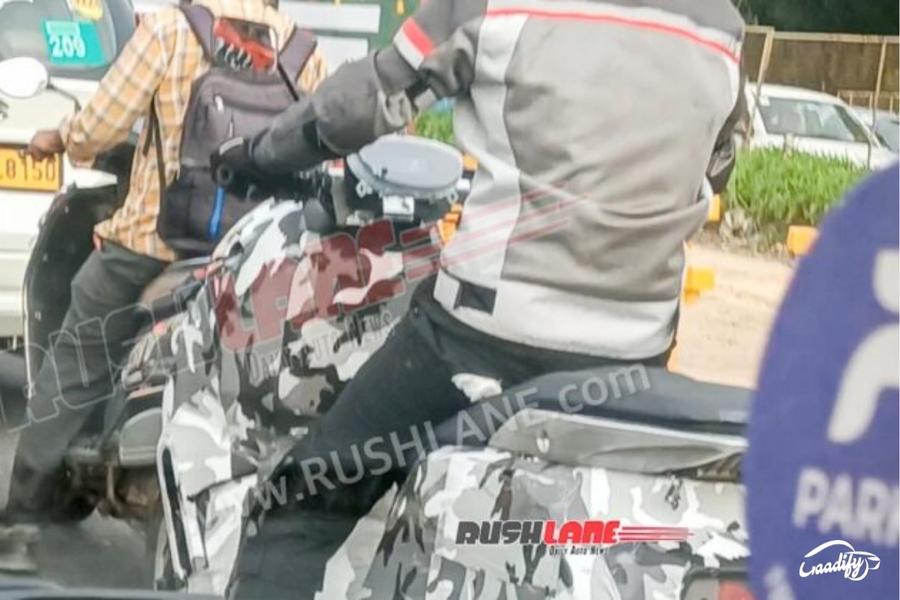 By way of acquisitions and partnerships, TVS Motor Company is investing a large amount of money in the electric vehicle (EV) space. The two-wheeler manufacturer has recently launched the upgraded version of the iQube electric scooter. And now, it is gearing up to launch a new sporty-looking electric scooter that is expected to be based on the TVS Creon concept which was showcased in 2020 at Auto Expo.

For those who aren’t aware, TVS has plans to launch 6 EVs in the next 2 years, including the Creon-based EV. Revealed by the spy images, the upcoming TVS electric scooter will feature a digital dash and brawny & sporty-looking front apron that looks similar to the one featured on its concept version. However, not all body panels will flaunt the concept’s sharp body lines.

As per the brand’s previous claims, the upcoming TVS scooter will offer performance comparable to 150cc bikes. The concept model had a 0-60km/h sprint time of 5.1 seconds and a claimed riding range of 80 kilometers. However, its production version will certainly offer a real-world range of over 100 kilometers.