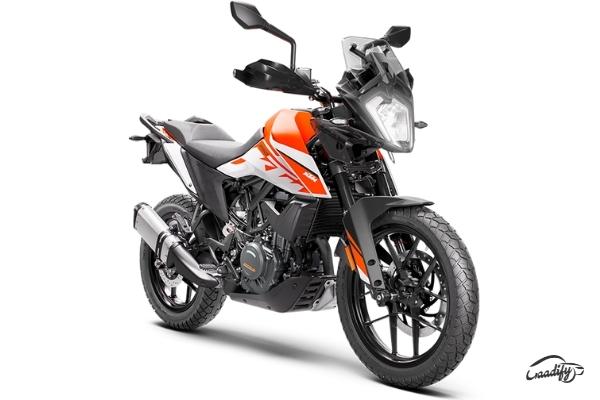 The updated KTM 250 Adventure motorcycle has been launched in India at an asking price of Rs 2.35 lakh. While it still costs the same as before, it gets a few cosmetic updates.

For 2022, the Austrian bikemaker has introduced two new color options for the baby adventure: blue/white and orange/white, both identical to the KTM 390 Adventure’s colors. Additionally, it also gets new, five-spoke alloy wheels that are claimed to be more robust to tackle the rough terrain.

Besides these aforementioned changes, the KTM 250 ADV remains untouched. It continues to be powered by the same 29.9PS/24Nm 248.8cc engine, mated to a 6-speed gearbox aided by a slipper clutch. No changes have been made to the underpinnings of the bike either. Even it also retains the halogen headlight with LED DRLs, an LCD instrument console, rugged bodywork, and other design elements. It would have been better if KTM had at least offered LED headlamps.

In the entry-level ADV segment, the KTM 250 goes up against the Royal Enfield Himalayan and recently launched Yezdi Adventure.