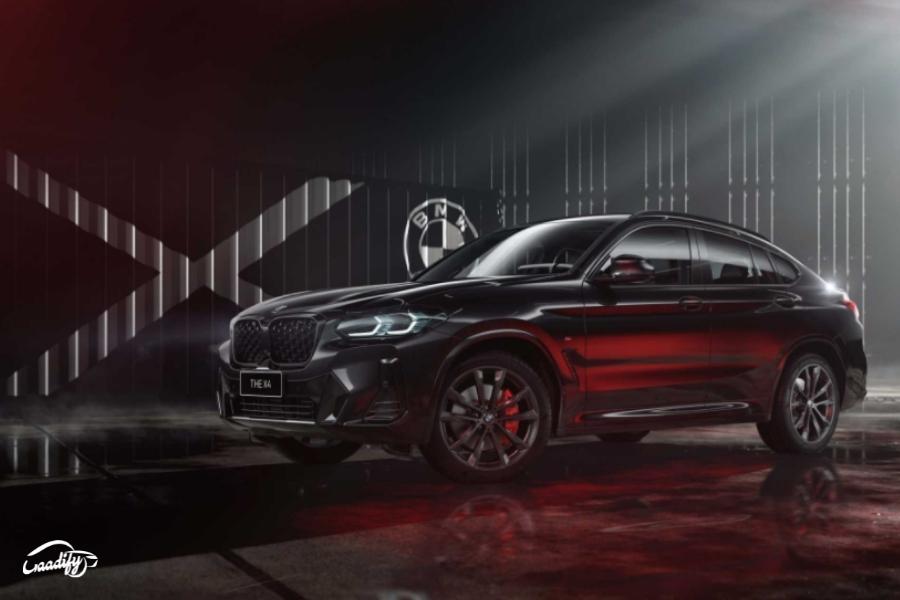 BMW has launched the facelifted X4 in India at a starting price of Rs 70.50 lakh (ex-showroom, India). Interestingly, the coupe SUV is only available in Black Shadow Edition, of course in limited numbers only. Bookings for the same are already underway for a token amount of Rs 50,000.

Being a facelift model, the upgraded BMW X4 gets refreshed styling, borrowing some exterior bits from the facelifted X3 such as a larger connected kidney grille, revised LED headlights, and sporty bumpers. What differs the new X4 from the X3 are the sloping roofline and sleeker LED taillamps.

Being offered in a Dark Shadow Edition, it gets an all-black paint scheme, glossy accent on the grille, ORVMs, exhaust pipe, and alloy wheels.

The facelift X4 facelift carries forwards the same 2.0-liter 4-cylinder turbo-petrol (252PS/350Nm) and 3.0-litre in-line six-cylinder diesel (265PS/620Nm) engines as the previous model. Both the powerhouses are mated to an 8-speed automatic transmission, which drives all four wheels via BMW’s xDrive AWD system.

The BMW X4 SUV coupe will continue to rival the Mercedes-Benz GLC Coupe, which is priced between Rs 71 lakh and Rs 85.40 lakh (ex-showroom).