2021 Maruti Suzuki Swift Facelift To Get Cruise Control, Teaser Out

Maruti Suzuki has released the official teaser images of its upcoming Swift Facelift, suggesting that the launch is just around the corner. It will be the first major update for the third-generation Swift since its launch in 2018. 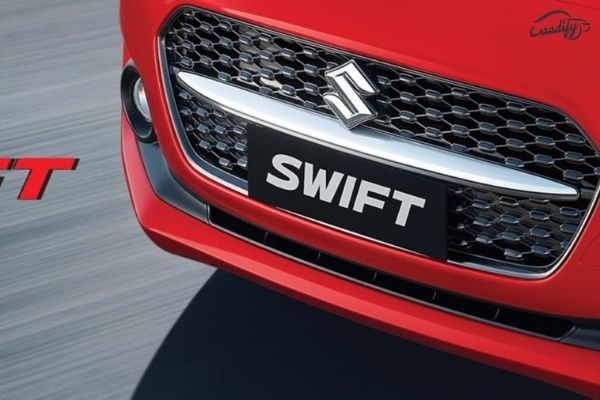 The teaser images reveal that the new swift will come with some cosmetic updates, new features, and a more powerful petrol engine. It will sport a new honeycomb mesh grille with a chrome strip, dividing the grille into two sections. However, the bumper and the fog lamp housing seem to be taken forward from the ongoing model. Revealed by the previous spy shots, the side and rear profiles of the hatch are also likely to be unchanged. However, it can get a dual-tone paint option with a blacked-out roof & ORVMs. 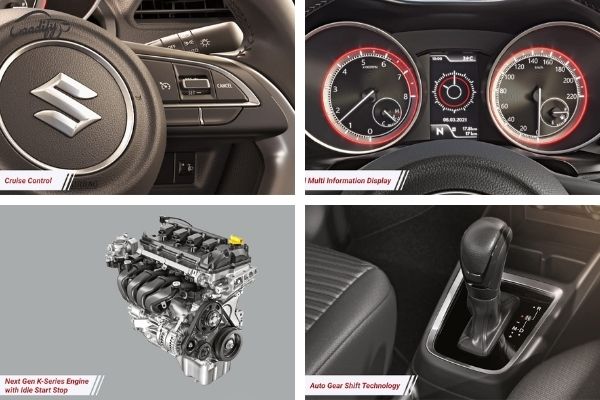 The dashboard layout is also supposed to remain unchanged, except for the addition of a few features. It will get an all-new colored MID (Multi-Information Display), and cruise control for the very first time. The carmaker will also offer the latest generation Smartplay Studio infotainment system, which comes with Apple Carplay and Android Auto smartphone compatibility along with cloud connectivity that provides a host of features like navigation and vehicle alerts, etc. Besides this, the homegrown hatch will continue to get the existing set of features such as auto LED headlamps with LED daytime running lamps, automatic climate control, a flat-bottom multi-function steering wheel, dual front airbags, ABS with EBD, and rear parking sensors with a camera, etc.

Under the hood, the 2021 Maruti Swift will get a new generation K-series engine with an idle start/stop system which would assist in improving fuel efficiency. It is likely to be the same 1.2-liter 4-cylinder K12N Dualjet petrol mill that also powers the Dzire facelift. In Dzire, this engine generates 90PS and 113Nm, which is 7PS more than Swift's existing 1.2-liter petrol engine. It is likely to deliver a claimed mileage of around 24kmpl. Transmission duties, on the other hand, will continue to be taken care of by either a 5-speed manual or an AMT (automated manual transmission). 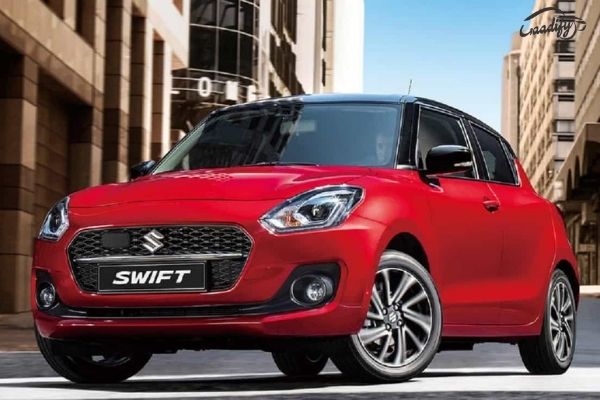 Expect the facelift version to carry a significant premium over the current model, which ranges from Rs 5.49 lakh to Rs 8.02 lakh (ex-showroom Delhi). It will continue to lock horns with Ford Figo and Hyundai Grand i10 Nios.