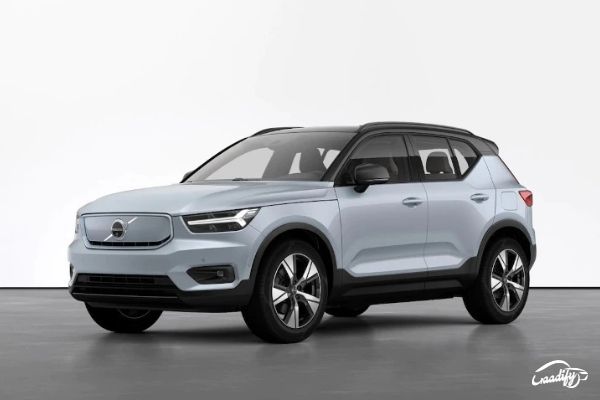 Swedish automaker Volvo has finally kick-started its electrified innings in India with the launch of the XC40 Recharge electric SUV. Based on the XC40 compact SUV, Volvo’s first-ever EV is available in a sole fully loaded variant priced at Rs 75 lakh (ex-showroom).

Similar to its petrol counterpart, the Volvo XC40 Recharge also underpins the CMA (Compact Modular Architecture) platform. However, it gets some styling differences over its ICE model such as an EV-specific closed-off grille, distinctive 19-inch machined alloy wheels, a slightly tweaked bumper at the rear with no exhausts, and of course Recharge badges.

Inside, the things remain largely similar to its ICE model except for a few differentiating factors like a revised 12.3-inch digital driver’s display with model-specific layout, and a new Google Android OS 9-inch infotainment system with built-in Google apps and services like Google Maps, Google Assistant, and Google Play Store. It also gets two upholstery options – standard leather and Nappa leather – for an all-black cabin layout.

Powering the electrified Volvo XC40 is a P8 twin-motor electric drivetrain comprising two electric motors that churn out a maximum output of 408PS/660Nm and drive all four wheels. The drivetrain jointly with a 78kWh battery pack (stuffed into the floor of the car) delivers a WLTP-claimed range of 418km. It has a top speed of 180 kmph and can complete the 0-100kmph century sprint in merely 4.9 seconds.

Talking about the charging capabilities, the EV supports up to 150kW of DC fast charging and takes almost 40 minutes to reach an 80 percent state-of-charge. On the other hand, an 11kW AC charger can do a 0-100 percent charge in approximately 8-10 hours.