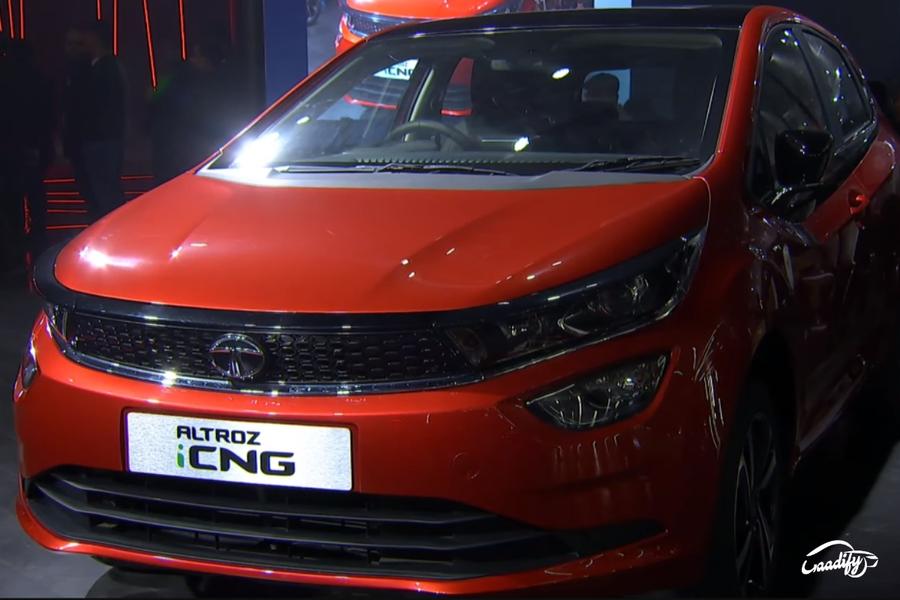 Expanding its CNG products lineup, Tata Motors has revealed the cleaner fuel alternatives of the Punch and Altroz at the Auto Expo 2023. Their prices are expected to be revealed in the coming months.

Tata has offered the Punch and Altroz CNG with the 1.2-litre, 3-cylinder petrol engine that’s good for 73PS and 95Nm when running on the CNG mode. It gets 5-speed manual transmission as standard. However, what’s interesting is that the brand has equipped these models with its dual-cylinder setup of two 30-litres tanks. This will help in creating more boot space compared to other CNG models.

Speaking of the features, both the Punch and Altroz CNG are well-loaded, with highlights including a 7-inch touchscreen infotainment system with Apple Carplay and Android Auto, auto AC, steering-mounted audio controls, semi-digital instrument cluster, push-button start, dual-airbags, rear parking camera and more. Features like an electric sunroof, automatic projector headlamps, mood lighting and rain-sensing wipers are exclusive in the Altroz CNG over the Punch.