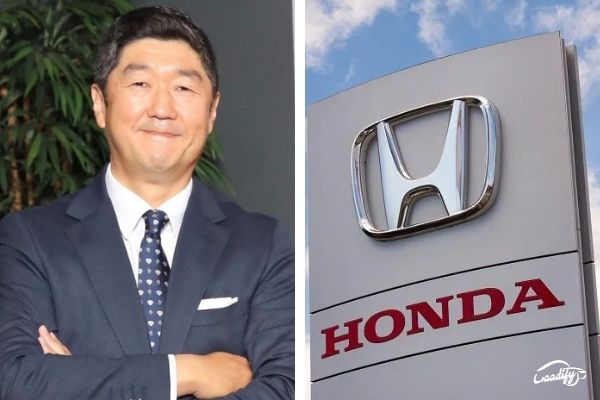 Takuya Tsumura will be the new President and CEO of Honda Cars India Limited (HCIL) from April 1, 2022. He will replace Mr. Gaku Nakanishi, who has completed his four-year term as the head of Honda Cars India. He has been appointed as General Manager, Automobile Business for the Asia and Oceania region.

Read the press release below for more details: –

Mr. Tsumura will take over from Mr. Gaku Nakanishi, who moves from India to regional headquarters in Asia and Oceania region – Asian Honda as General Manager, Automobile Business for the region.

During his 4-year tenure in India, Mr. Gaku Nakanishi, in his role as President & CEO of HCIL, steered the company through one of the toughest business phases for the Indian auto industry, struck by the unprecedented crisis of the pandemic and slowdown. These years also saw the company take some tough but important decisions to manoeuver the course of HCIL operations towards strengthening its business constitution. He played a key role in expanding HCIL exports with the opening of new destinations and also led several initiatives in the field of sales and service to enhance customer experience and dealer profitability.

Mr. Tsumura has been associated with Honda Motor Co. Ltd. for more than 30 years and has vast experience in the automobile industry, having worked in several international markets including Thailand, Australia, China, Japan, Turkey and has worked with the overseas division for Europe and Asia & Oceania regions. He was in charge of South Asian countries including India from 1997 to 2000 while working at HM head office and has visited India on many occasions in the past for both personal and business purposes.