The Rapid sedan is obtaining good sales numbers for Skoda, especially the Rider and Rider Plus variants. Now, to gain more numbers, the Czech maker has introduced an automatic gearbox with Rapid. It was only available with a manual transmission until now. 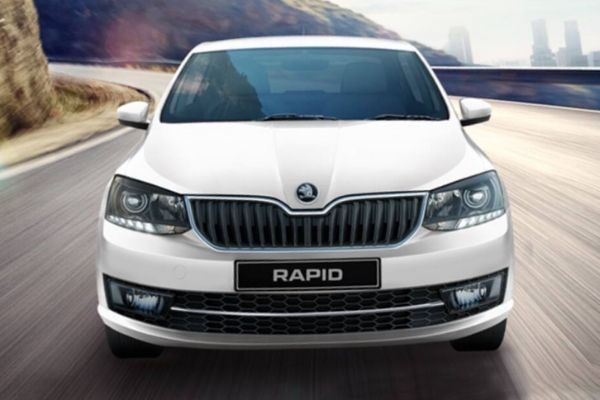 The automatic gearbox option will be available with all the trims except the base-spec Rider. Their ex-showroom prices are as follows:-

Unlike the BS4 model, the BS6 Rapid gets the 6-speed torque converter automatic unit instead of a DSG transmission which was basically an electronically controlled dual-clutch automatic gearbox. The new transmission is mated to the same 1.0-litre, 3-cylinder TSI petrol engine (110PS/175Nm), which was launched during the BS6 update.

The ARAI tested fuel efficiency of the Rapid AT is 16.24 kmpl which is 2.73kmpl less than the petrol-manual combination (18.97kmpl). Most affordable automatic sedan in its segment

Being the cheapest manual variant in the segment, the base spec Rider trim has attracted a lot of customers. However, its demand had increased so much that the company had to temporarily shut its booking. Later the Rider Plus was launched, which is now the cheapest automatic variant of the segment, despite attracting a premium of Rs 1.50 lakh over its manual counterpart. Let's have a look at the price comparison of AT variants of the segment:-

As it is clear from the above table, the entry-level AT variant of Rapid undercuts the Toyota Yaris's automatic entry-level trim by Rs 7,000, whereas it is Rs 49,000 cheaper than the segment leader Maruti Ciaz.

Do you have to compromise on the features front due to the low price? 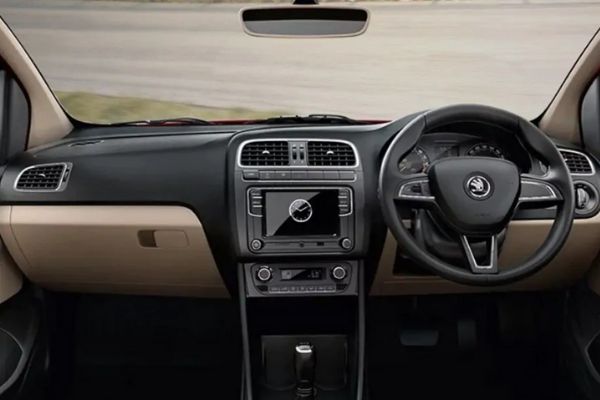 Not at all, the Skoda Rapid is a well-loaded package. Even the base automatic trim-Rider Plus gets all the major whistles and bells that one desires, such as a 6.5-inch touchscreen infotainment system, 4 speakers, a scuff plate, power steering with tilt & telescopic function, electrically adjustable ORVM, auto climate control, rear AC vent, day/night IRVM, all-power windows, driver-side window with auto down function, adjustable headrest for both fronts & rear seats, front & rear 12V charging socket, the central armrest in both rows, keyless entry, adjustable front seatbelt height, rear defogger, etc. Whereas the top-line trims also get cruise control, auto headlamps, rain-sensing wipers, steering mounted controls, 8-inch android based touchscreen infotainment system, and many more.

On the other hand, the safety kit includes up to four airbags, ABS with EBD, rear parking sensors, and a rearview camera.