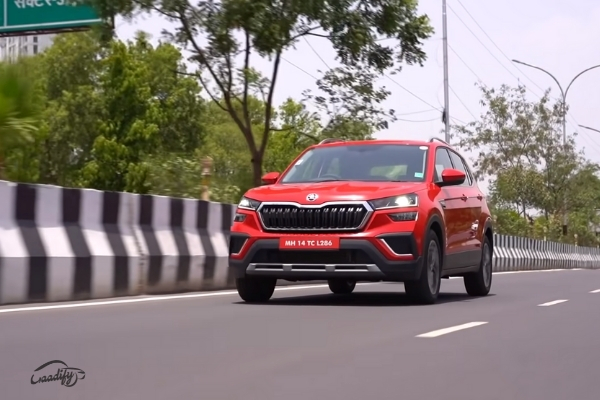 In October 2021, Skoda launched the Style automatic variant of the Kushaq SUV with 6-airbags and a tire pressure monitoring system (TPMS). With this, the top-spec trim was available in both dual-airbags and 6-airbags options. However, now its two airbags version has been discontinued. This has been confirmed by Skoda India’s Director, Zac Hollis on Twitter: –

For those who aren’t aware, the Style AT variant of the Skoda Kushaq was offered with only two front airbags at the time of launch, while its manual counterpart (MT version) came with six. This was done to keep the prices in check as the automatic variants inherently command a significant premium over their manual version. But later on the customers’ feedback, the AT variants were updated with side & curtain airbags and TPMS.

In other updates, Skoda has recently announced that it will no longer offer the auto-folding function for the outside rearview mirrors (ORVMs) with Kushaq’s mid-spec Ambition and range-topping Style trims due to the disruption in semiconductor chips supply. In return, the brand is offering a discount of Rs 15,000. Click here for more details.