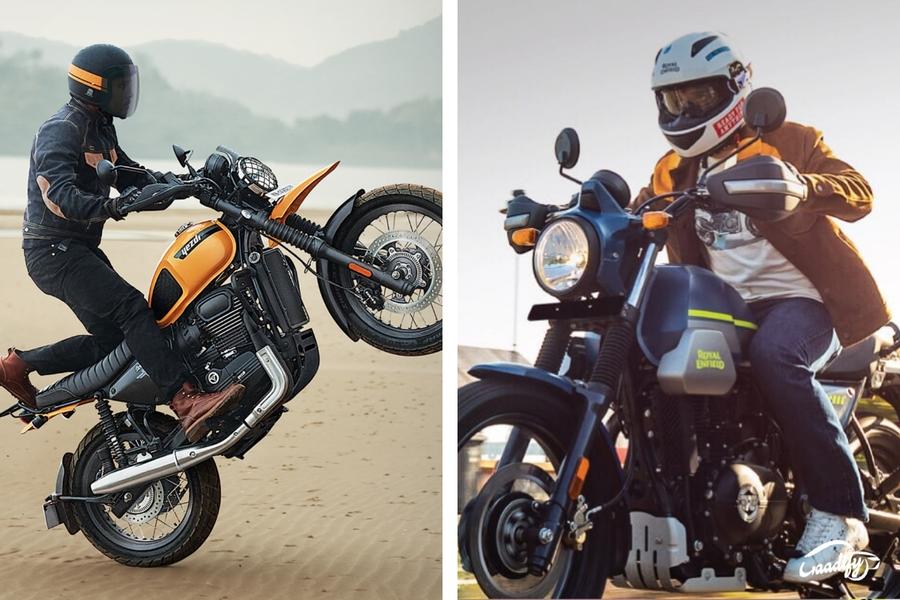 Royal Enfield Scram 411 Vs Yezdi Scrambler: Which Bike You Should Buy?

With Royal Enfield’s latest Scram 411, the Scrambler-style motorcycle space has gotten much hotter. Knocking horns directly with the Yezdi Scrambler, which of two stripped-down motorcycles would be better to tame those tough-to-tackle roads? Let’s find out!

Also Read: Yezdi Adventure Vs Royal Enfield Himalayan: Which Bike You Should Buy?

On paper, the Yezdi Scrambler looks quite promising and has a good amount of features. It borrows its powertrain & underpinnings from Jawa motorcycles and we’ve seen customers complaining about it in the past. On the other hand, the Scram 411, is based on Royal Enfield’s tried-and-tested Himalayan platform.