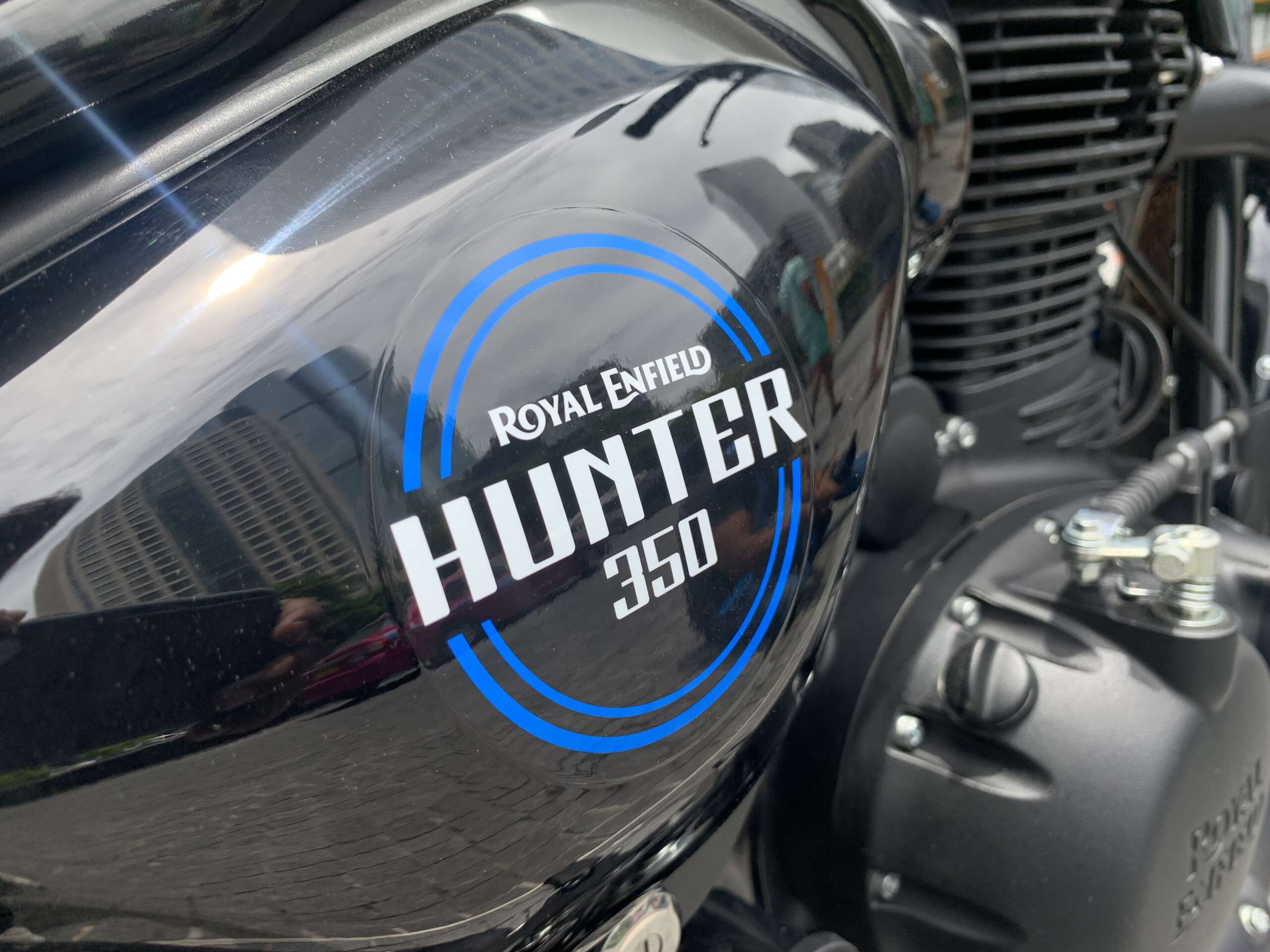 Royal Enfield has launched the Hunter 350 roadster bike in India, with prices ranging from Rs 1.50 lakh to Rs 1.70 lakh (ex-showroom), placing it against the Jawa Forty-Two and TVS Ronin. The brand has offered it in three variants: Retro, Metro, and Metro Rebel. Here’s how they differ from each other: –

As the name suggests, the base-spec Hunter 350 Retro variant carries the evocative theme of Royal Enfield, with all the old-school bits such as 17-inch spoke wheels with a 300mm front disc and a 153mm drum brake at the rear, conventional bulb-type tail lamp, rectangular turn indicators from Himalayan, Classic-style switchgear with a simple instrument cluster, single-piece seat, and the irony grab rail.

It also misses out on the main parking stand and benefits from a single-channel Antilock Braking System (ABS). Royal Enfield has offered the Hunter Retro in two monotone color schemes: Factory Black and Factory Silver.

Compared to the Retro variant, the first difference that you will notice on the Hunter 350’s Metro trim is its more lively color schemes. You can choose from Dapper White, Dapper Ash, and Dapper Grey hues. Further, differentiating it is the LED tail lamps, round turn indicators, Meteor 350-like switchgear & instrument cluster, 17-inch alloy wheels with 110/70 front and 140/70 rear section tires, and disc brakes at both ends with dual-channel ABS. It also gets a two-piece grab rail along with Royal Enfield badging on its single-piece seat that gets a ribbed pattern on the rider’s patch.

The Metro Rebel variant gets all the features of the Metro trim. The only difference between the two is the dual-tone paint schemes of the latter: Rebel Black, Rebel Blue, and Rebel Red.

Powering the Royal Enfield Hunter 350 is a 349cc, single-cylinder, air-cooled engine that makes 20.2PS and 27Nm and comes paired with a 5-speed transmission. It is claimed to offer a fuel efficiency of 36.2kmpl. Click here for more details.