From the next-generation Celerio to a new mid-size SUV, Maruti Suzuki has a slew of upcoming offerings in the pipeline, and the list also includes facelifted Baleno that has been recently spied testing once again. The latest set of spy images reveals the redesigned front facia of the premium hatchback, comprising a new front grille along with reprofiled bumpers and headlamps with integrated LED daytime running lamps. It will also get new alloy wheels and 3D LED taillamp. It is unlikely to receive any dimensional changes. 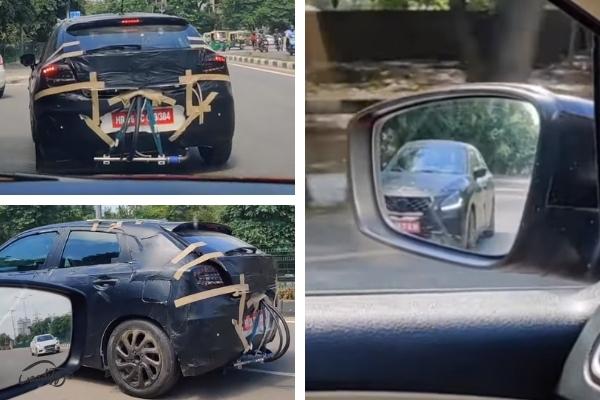 Inside the cabin, the new Baleno will receive a complete overhaul, featuring a new dashboard design with a larger standing touchscreen system taking the central stage. The other notable changes will include a new climate control assembly, Swift’s flat-bottom steering wheel, and a revised instrument cluster. It is likely to feature wireless Android Auto and Apple CarPlay, rear AC vents, and a powered driver’s seat.

Maruti is likely to reveal the facelifted Baleno in February 2022, with a significant price hike over the ongoing model, which ranges from Rs 5.98 lakh to Rs 9.30 lakh (ex-showroom Delhi). Once launched, it will rekindle its battle with the Hyundai i20, Toyota Glanza, Tata Altroz, and Volkswagen Polo.