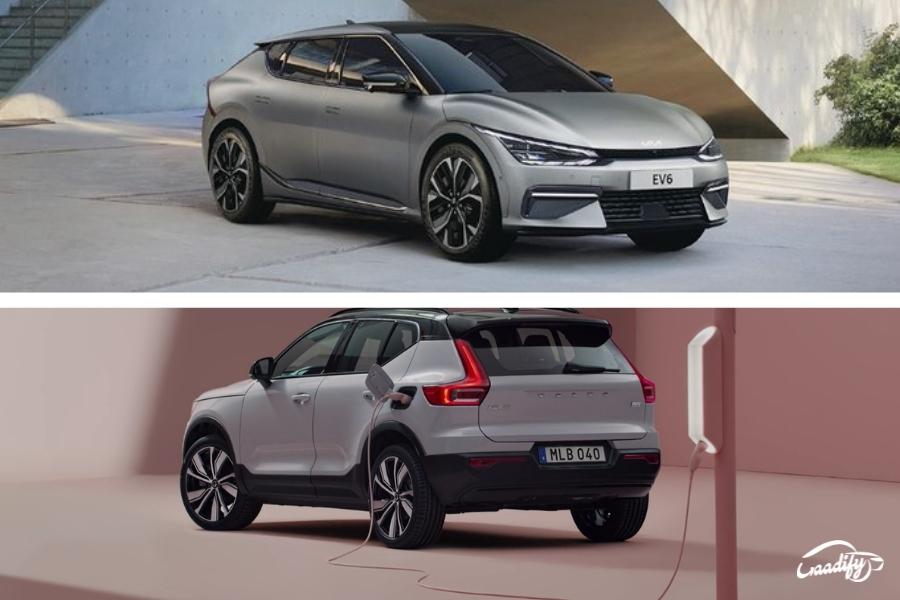 Volvo XC40 Recharge Vs Kia EV6 – Which Car You Should Buy?

Volvo’s all-new addition to the EV space comes in the form of the XC40 Recharge. Although this CKD car doesn’t have any direct rivals as of now, it can be seen as an alternative to the Kia EV6. So which of the two EVs would be better to buy? Let’s find out!

Also Read: The All-Electric BMW i4 Is Finally Here

Also Read: Kia EV6 Vs BMW i4: Which EV You Should Buy?

It is worth noting that initially the Kia EV6 was limited to just 100 units only. However, the brand received 355 pre-launch reservations for the electrified cross-hatch. So, the Korean carmaker has now decided to increase the planned deliveries by 3.5 times. On the other hand, bookings for the XC40 Recharge will commence online from July 27.