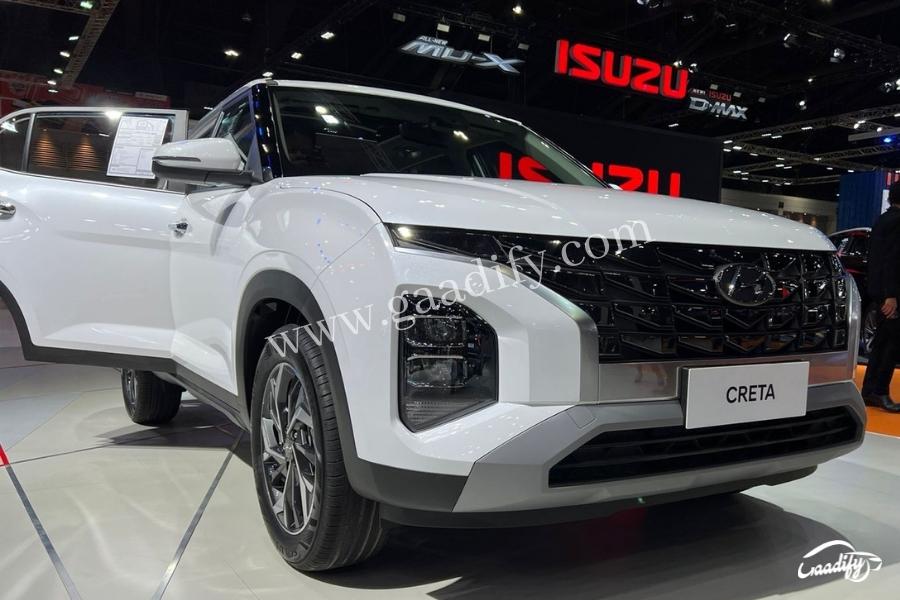 Facelifted Hyundai Creta Unlikely To Be Launched This Year

One of India’s best-selling SUVs, the Hyundai Creta, is due for an update. Although the facelifted Creta has already been launched in the global market, it won’t be coming to India this year.

New reports suggest that it will be launched in 2024, and it will be different from its Indonesian-spec version. Having said that, it might get a different front facia from the version sold in Indonesia that features a Tucson-like Jewel grille pattern.

Also Read: This Is Tata’s Answer To Hyundai i20 N Line

Underneath the hood, the Indian-spec Hyundai Creta facelift is expected to retain the ongoing 1.5-litre petrol and diesel engines; however, the 1.4-litre turbocharged petrol mill can be replaced by a new 1.5-litre turbo-petrol unit. The automatic transmission option may differ for each power mill, while the 6-speed manual transmission is expected to be standard.

Considering all the expected changes, the facelifted Hyundai Creta is likely to command a significant premium over the ongoing model, which retails between Rs 10.64 – 18.68 lakh (ex-showroom). Once launched, it will continue to go up against the Kia Seltos, Volkswagen Taigun, Skoda Kushaq, Maruti Grand Vitara and Toyota Urban Cruiser Hyryder.