All-New Mahindra Thar To Get An Removable Hard-Top Roof

The all-new Mahindra Thar was the most happening launch of the last year, and even after 3 months of its debut, it is still getting a lot of attention for various reasons. The shutterbug off-roader has once again been spotted during testing but this time with a removable hardtop roof! Currently, the Thar can only be had with either a convertible soft-top roof or a fixed hardtop roof. As seen in the above image, this hardtop roof looks different from the regular hard-top variants. It is divided into three portions instead of the two-piece unit found in the current fixed hard-top models. The one portion only covers the first row of the SUV, whereas the rear portion of the roof contains two portions. Apart from this, the rear screen mounts also seem different from the existing hardtop model.

If this roof is really what we are thinking then it would be quite profitable for Mahindra as it could attract more potential buyers towards the Thar. It will not only give the protected experience of the regular model but will also allow the passengers to have an en plein air riding experience. 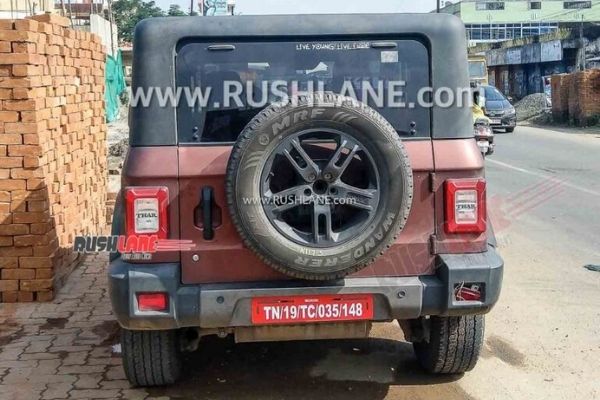 It is also important to notice the test mule is having darker alloy wheels. It looks similar to Thar's earlier spotted test-mule, which was clad in all-new white & silver exterior shades. So, is this a sign of a new top-variant of Thar? Well, only time will reveal this. For now, the Mahindra Thar will continue to be offered in two variants: AX (O) and LX variants. The fixed soft-top roof variants with side-facing seats (AX STD and AX) have already been discontinued. Prices of the new Thar were increased recently, and now it retails from Rs 12.10 lakh to Rs 14.15 lakh (ex-showroom Delhi). Currently, it is commanding a waiting period of up to nine months. 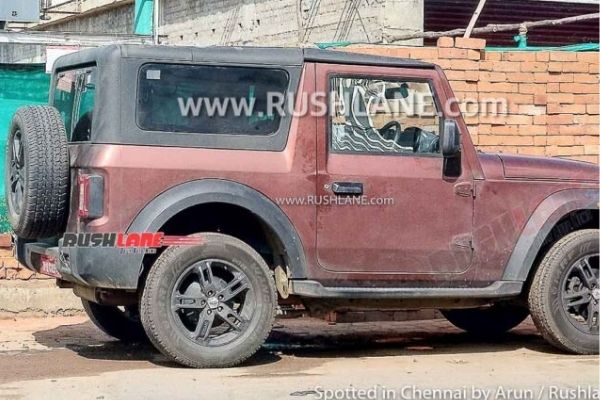 As of now, the Thar doesn’t have any direct rival in the Indian market, but it will take on the upcoming Maruti Suzuki Jimny and new-generation Force Gurkha.