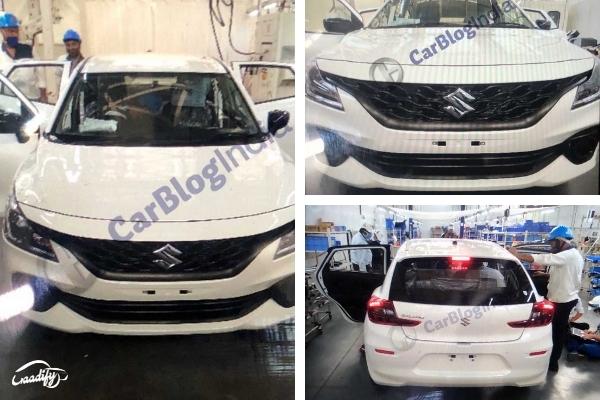 The upcoming Maruti Suzuki Baleno facelift has been spied yet again, giving us a fair look at its refreshed exterior profile. It is supposed to be launched by mid-2022. Going by the spy images, the front facia of the upcoming Baleno facelift will receive significant changes in the form of an updated front grille, new projector headlamps, and redesigned front bumper with a larger air dam that seamlessly merges into the blacked-out fog lamp housings. All of these changes give it a bolder look.

While the side profile of the car is not visible in the latest images, but the previous spy shots have already confirmed a new design for the alloy wheels. At the back, it is seen with sportier LED tail lamps and a slightly tweaked tailgate and rear bumper. 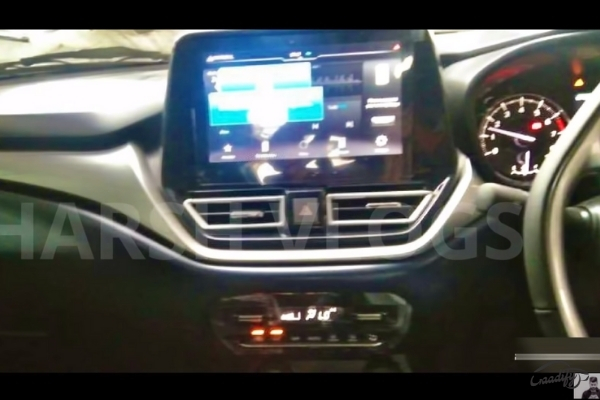 Inside, the new Baleno will come with a completely overhauled cabin design, featuring a layered dashboard with a new free-standing infotainment system (probably of 8-inches). The other notable changes will include repositioned horizontally oriented central air-con vents, revised instrumentation dials with a coloured multi-info display (MID), and a new three-spoke flat-bottom steering wheel.

Things are likely to remain unchanged under the hood. That said, the upcoming Baleno could retain its ongoing 83PS 1.2-litre K12B petrol and 90PS 1.2-litre Dualjet K12N petrol engines. The latter also comes with a mild-hybrid system for improved fuel efficiency. Transmission options include a 5-speed manual and an optional CVT automatic transmission for the less powerful motor.

Considering all these changes, the new Baleno will undoubtedly bear a significant premium over the current model that retails between Rs 5.99 lakh and Rs 9.45 lakh (both ex-showroom). When launched, it will emerge as a more solid contender against the Tata Altroz, Hyundai i20, Honda Jazz, Volkswagen Polo and the Toyota Glanza.