Hyundai, quite recently, released a small video teasing the new Kona facelift. The hotter N lineup has been talked about quite a lot in recent times. The video did not give away much about Hyundai's SUV but now the Korean carmaker has revealed the details of a ‘fresher’ Kona and of course the powerful N lineup. 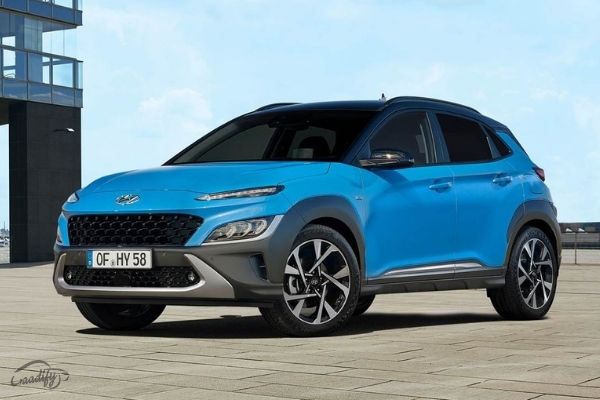 2021 Hyundai Kona Facelift: About the car

There have been some major changes in Kona's looks. The new Kona has been given a sharper design. It definitely has a lot more character as compared to its predecessor. For starters, the new Kona seems to have a wider stance, there has been rounding off of some hard corners which comes up as a much more refined and less boxy design. The new headlight treatment looks good as well. The triple array LEDs look much better as compared to the older variant. It also gets redesigned LED DRLs. The car is 1.6 inches longer converting to more space for rear-seat passengers. 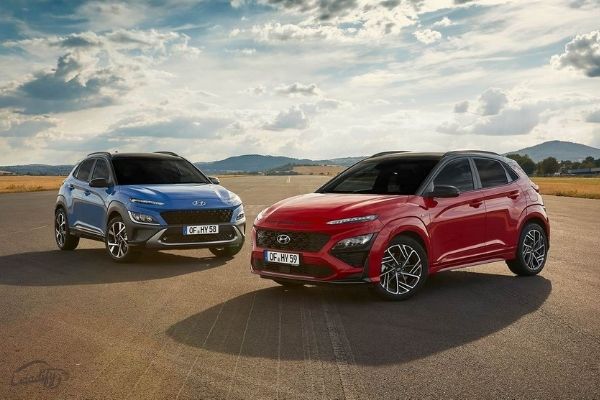 The N variant looks even better with 18-inch wheels, a full bumper and air intake on above the front grille which makes it look very attractive and gives it a performance-based design profile. It has a hot-hatch character to it as well.

Not much has changed inside in terms of aesthetics and ergonomics apart from the increase in space. The base MID screen has been upgraded to 8 inches (from 7 inches) and the infotainment is a 10.25 inch unit with latest Bluelink connectivity and other basic connectivity features like Android Auto and Apple Carplay. 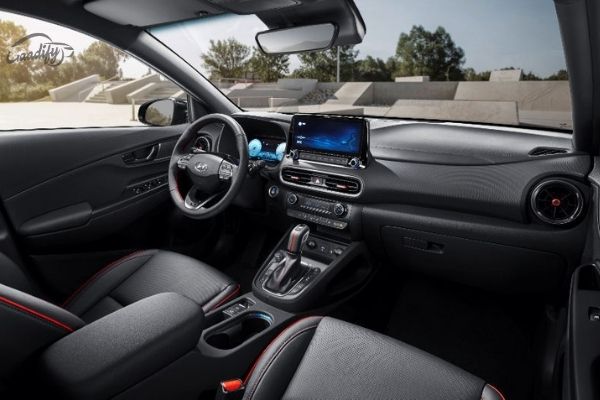 There are new optional colour packages as well, including the Khaki leather and light beige leather whereas the N lineup comes with a dedicated black colour theme. The car also comes with adaptive cruise control, a safe exit warning and a rear seat alert so that you do not forget something important on the back seat.

The best offering is under the hood, a 1.6-litre four-cylinder petrol unit which produces 195 hp, which is 20 units more than the outgoing Kona. It comes linked to a 7-speed dual-clutch or 6-speed iMT gearbox with options to deliver power to two and four wheels. 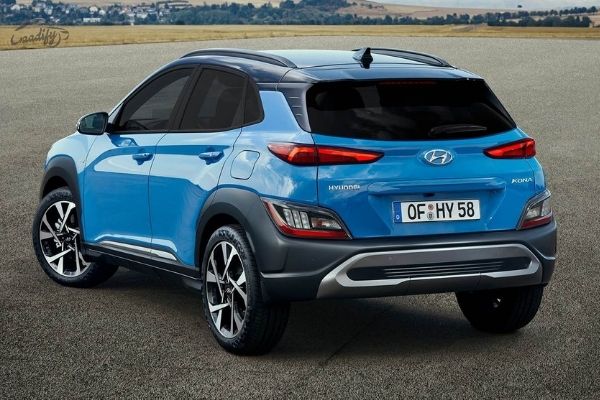 Like the petrol unit, the 1.6-litre diesel engine is also offered with a choice of 7 speed DCT or 6-speed iMT gearbox.

The entry-level unit will be a 1.0-litre turbocharged petrol mill that can also be equipped with 48V mild-hybrid technology. The entry-level engine can be had with either a 6-speed manual or a 7-speed DCT in the standard version and with a 6-speed iMT gearbox with a mild-hybrid version. 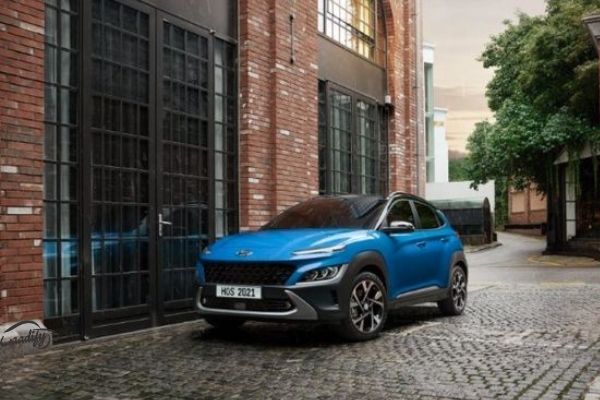 For the very first time, the Hyundai Kona also gets a hybrid variant which is powered by a 1.6-litre petrol engine that works in conjunction with an electric motor mounted on the front, producing combined power of 141HP. The Hybrid Kona gets a 1.56 kWh battery pack.

The car is expected to launch in European markets later this year which has been the biggest market for Kona whereas the American variant will most probably be launched in the early part of next year. We cannot be sure about the details on the Indian variant but in a recent statement, Hyundai motors have shown an intention to launch a new electric variant of Kona in India.